This series of work is a contemporary remix based upon odalisque images prevalent during the Baroque and Rococo eras of the seventeenth and eighteenth centuries. The voluptuous, overflowing, sensuous figures that graced the paintings of such artists as Francois Boucher perfectly exemplify the decadent, over-indulgent, aristocratic diversions of the courts for whom they were created.

This theme has been repeated, by varying degrees, throughout time by such notable artists as Jean Auguste Doninique Ingres (Grande Odalisque, 1814), Edouard Manet (Olympia, 1863), and even up to Jeff Koons (Made In Heaven, 1989). I feel that it is now time to build upon the tradition as the current Western culture so closely parallels the extravagant and gluttonous characteristics of the French courts when these images were at their peak of popularity. One of the major differences, though, is that where this lifestyle was once afforded only by the aristocracy, it now can be found in the bourgeoisie and laboring classes. One only needs to walk down a busy street to see the bombardment of sexual advertisements, ever growing homes and automobiles, and a population of which up to sixty percent is overweight.

The artwork in this installation represents this observation on a number of different levels. Repeating the same theme through a number of different mediums is comparable to our need of collecting as much of everything as we can. Being completely surrounded by it at all times plays into our narcissistic tendencies. Even the application of the paint is excessive. The use of the horse heads is to try to keep the viewer from injecting too much preconceived notions or feelings to the individual figures. It also is a metaphor for the base animal instincts that are being dealt with (such as sexual urges and the need to eat), albeit on a totally blown up scale.

This installation is intended to be experienced through all five of our senses, preferably to such a degree that it is nearly sickening to the participant. It also is meant to offer something on many different levels in order to appeal to as many different people as possible. I acknowledge to being a willing participant in this installation and this society at large, so I don't try to excuse myself of this commentary. Rather, I am just trying to share with everyone on a grander scale our incessant need for something more. 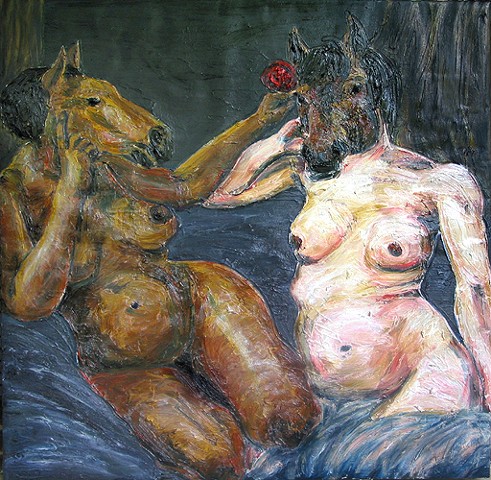 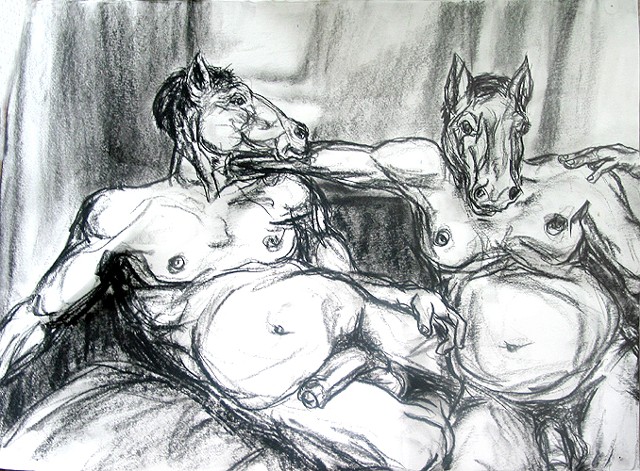 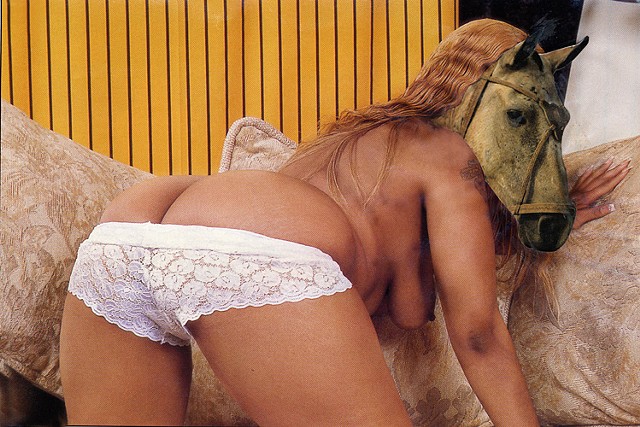 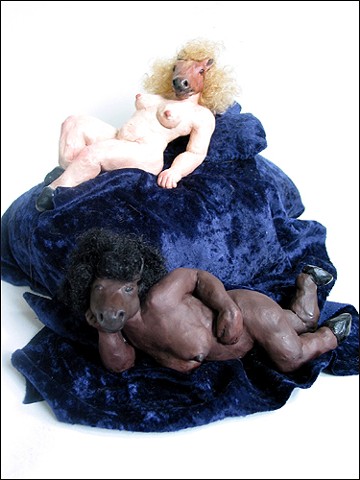 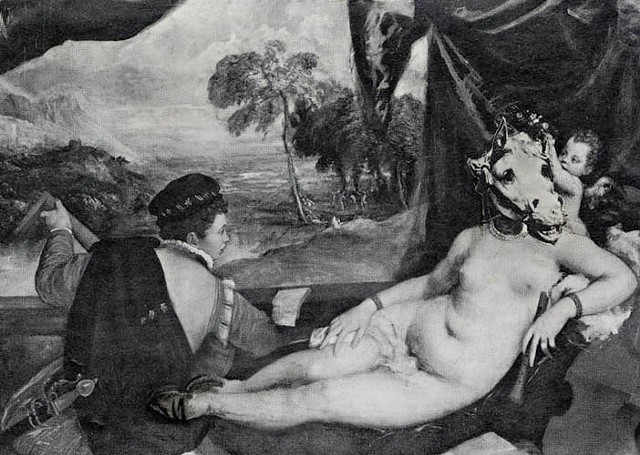 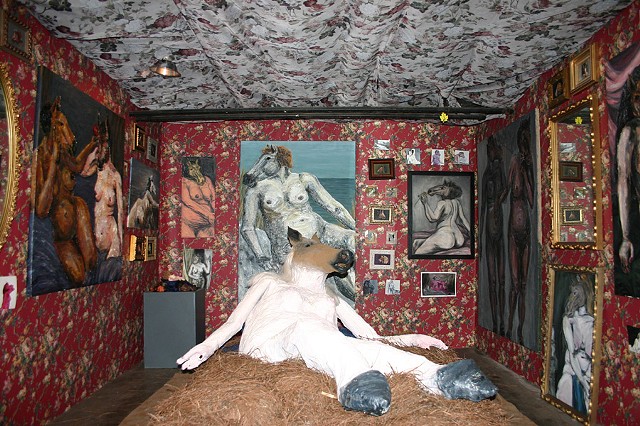