Underground art installation shown at Swanson Reed Contemporary, Louisville, KY. August 18 - September 30, 2006. My artwork has always been a long series of analogies pointing out the parallels of the man-made world and that of the natural world. I began thinking of creating work for this installation by reflecting on the beginnings of the historical man, when man transcended from wild animals to domestic people, when they began creating art. This installation is a representation of the direct lineage of the earliest to the most contemporary underground artists. My fascination with this lineage stems from a deep-rooted appreciation of the sincerity that they hold. The works are honest, sincere, unpretentious, and they have something to tell us. Animalistic drive and instinct were very strong forces coursing through those early artists. Contemporary people also have those animalistic drives and instincts within them; they are just often buried deep within, or not recognized for being what they truly are. Cave paintings are some of our earliest records of artwork made by human hand. The greatest consensus over why these images were created is that they provided a historical record of those who lived in a particular clan, at a particular time. They educated successive generations, they marked a territory, they created a deeper language, and they gave reverence to the past while simultaneously documenting time beyond just the here and now to something that continues on. These images would last much longer than the time it took to create them, and indeed much longer than the time that the creators themselves would last in this world. Modern-day underground art is artwork that is made with much of the same driving force that pushed these early humans to create something. Underground artists, then and now, share similar causes, thoughts, and feelings that fuel the need for making art. It’s done more for the sheer feeling of creating, for getting a statement out, than for purely economic gains or pop recognition. Graffiti is often about making declarations to the world (“I was here” and “D.P. + J.T. 4-ever”), marking territories (gangs or otherwise), schooling “youngbloods” on style and skill, and of remembrance of fallen peers. It is created with the knowledge that it is temporary in nature, but with the hope that it will last for a long, long time. Often times, the better the work is, the longer it will last. So what’s the story these particular images are trying to say? It’s a cautionary tale, based on a “create chaos/provide solution” conspiracy theory. It depicts an oppressive class creating a mass panic among a populous, for an end result of total control over everyone and everything. I couldn’t help but to see parallels between theories similar to this and events currently happening within our contemporary society. In the end, the series shows a small number of animals that were cunning enough to escape the powers that be. It’s that kind of subversive resourcefulness that epitomizes, to me, what it means to be “underground.” 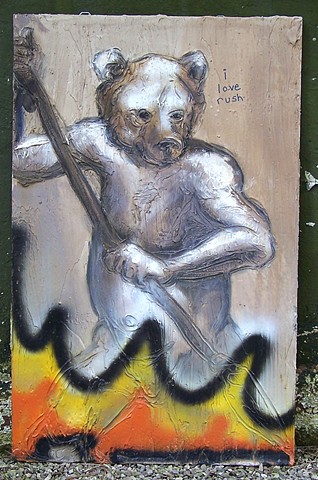 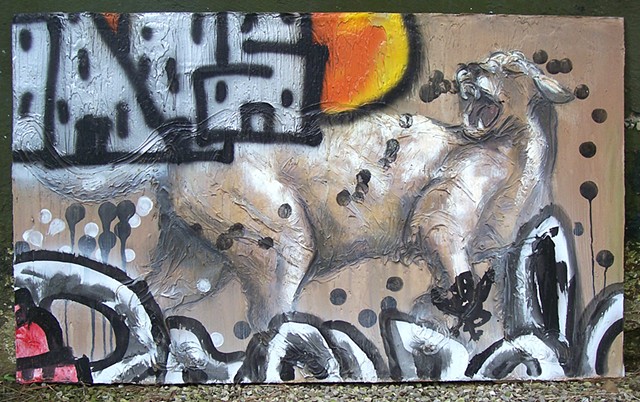 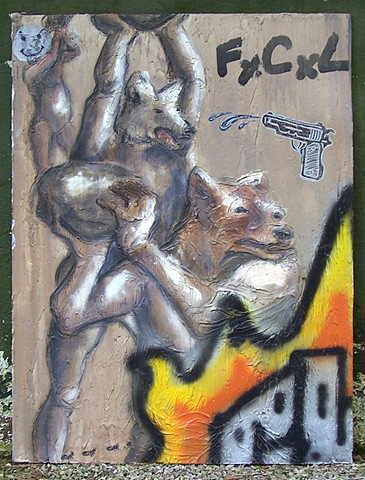 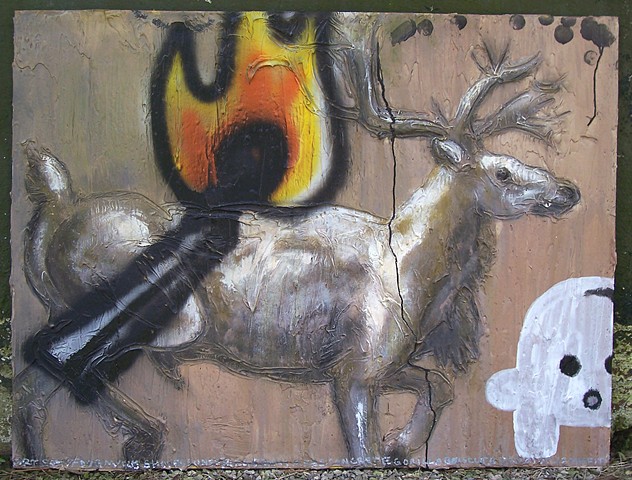 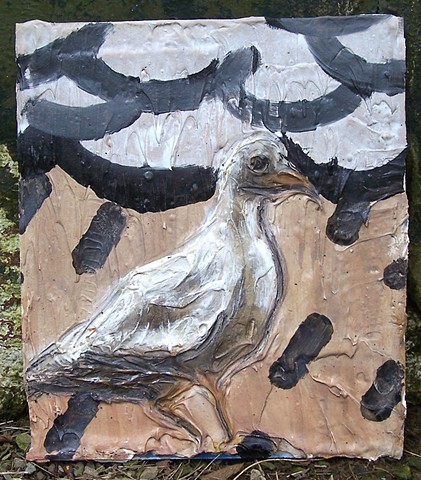 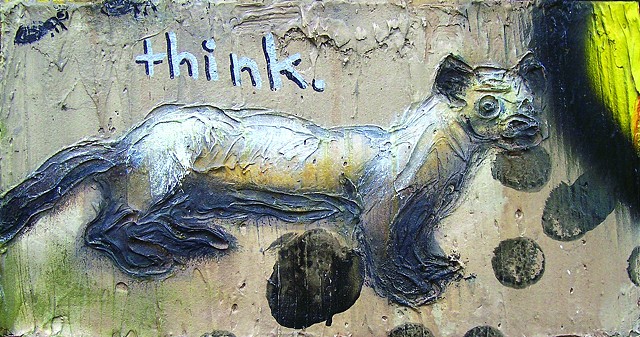 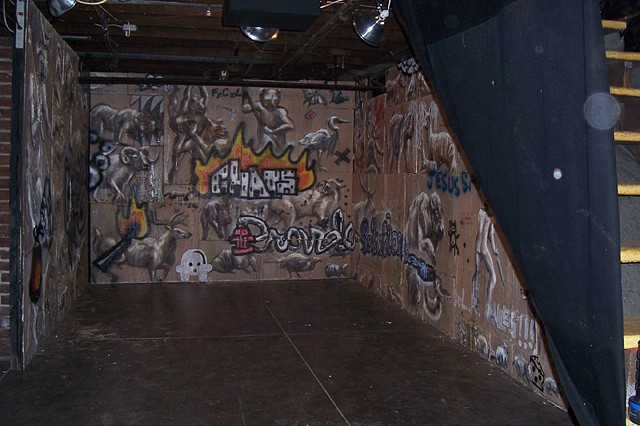 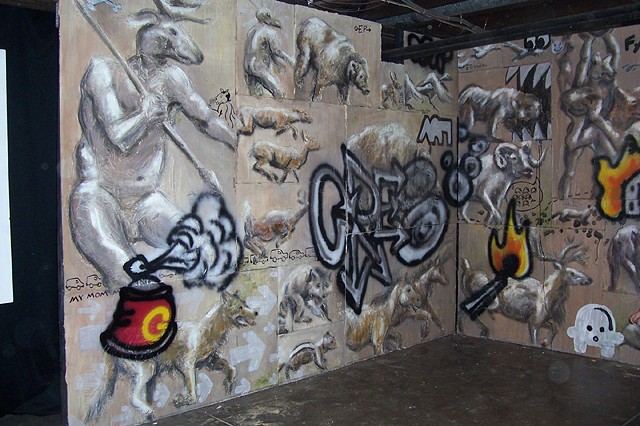 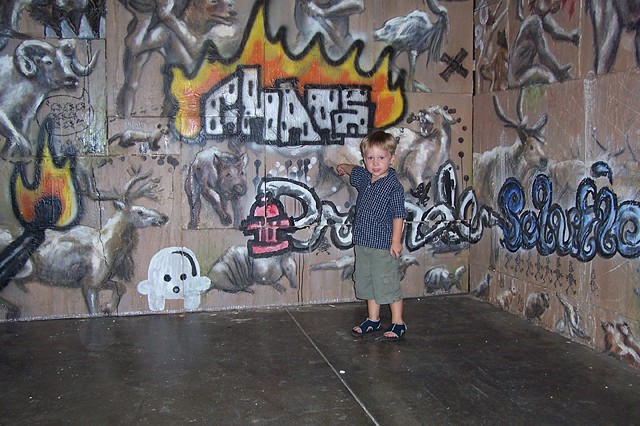 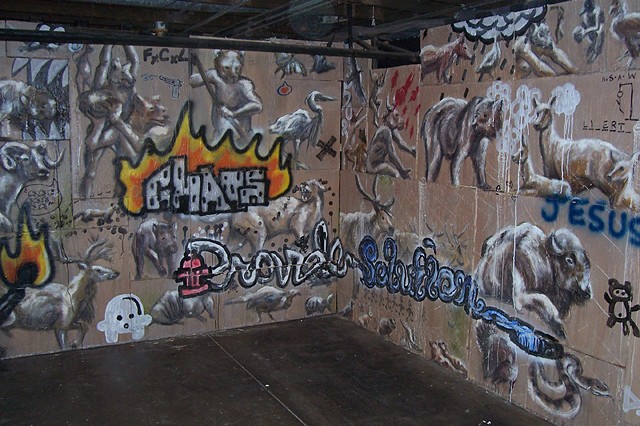