"Oil and Water Don't Mix" at Swanson Reed Contemporary, Louisville, KY, 2010. The basis of this series that I have been working on has been due to the emphasis placed on our society’s dependence on oil. It all started out innocently enough playing around with making paintings using used motor oil from my truck saved from my general maintenance of my vehicle, utilizing a waste product and turning it into something more valued on an aesthetic level. Thoughts then began to swirl around in my head as the price of gasoline soared from $1.75 a gallon to $4.50 plus that I realized that painting with oil is nearly identical as painting with gold leaf in its value. As fear, outrage, and adaptation ensued over the rising gas prices, it showed just how entrenched every part of out society is in oil production. While the stakes rose with oil usage, it occurred to me how oil has replaced water as the source of life for civilized communities. The areas that were for least affected by the price increases, for whatever reason, were least affected by the crisis overall, while other communities fell into upheaval over skyrocketing costs of living. Returning to the history of my own art, I have always held an appreciation for primitive, instinctual, early human sources of art history. Early cave paintings in particular hold an incredible grip on my influence as an artist, and after reading how the famous cave paintings in Lascaux, France are forever blocked off to the general public for preservation, I decided my best chance to experience an all surrounding experience like trekking through cave painting environments was to create my own cave painting environment. I have done installation art in the past, so devising a way to create the experience wasn’t difficult for me. Creating a visual theme worthy enough would, however, take some serious consideration. Given my current work in motor oil paintings, along with the instinctually based imagery of my blind contour drawing/paintings, I came up with the basis for Oil and Water Don't Mix. Using imagery of swimmers racing above through waves of oil seemed to perfectly parallel ideas of the interdependence of society to oil as it once was to water, as well as the “sport” of competing civilizations to get ahead of one another to win the ultimate prize of unlimited supplies of crude resources. Along the “sidelines” of the competition (or, the side walls that run along side the racing swimmers) hang a salon display of viewers, fans, and bystanders that can do nothing but watch as the events unfold above them, and wait to see how it will affect them and their lives, drawn from real-life models of the general public. We are all affected by the politics surrounding oil, even though we only individually only have a very modest voice in its policies. 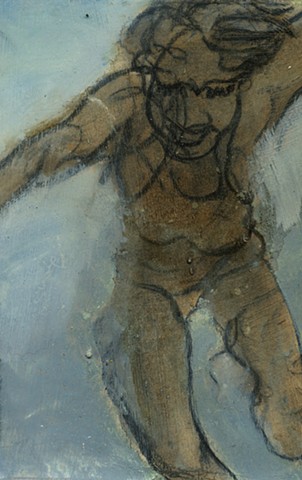 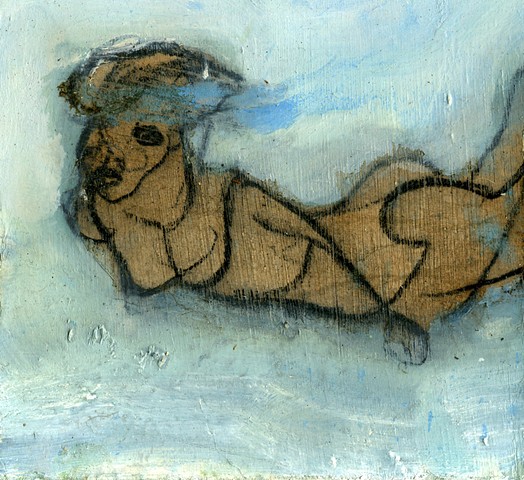 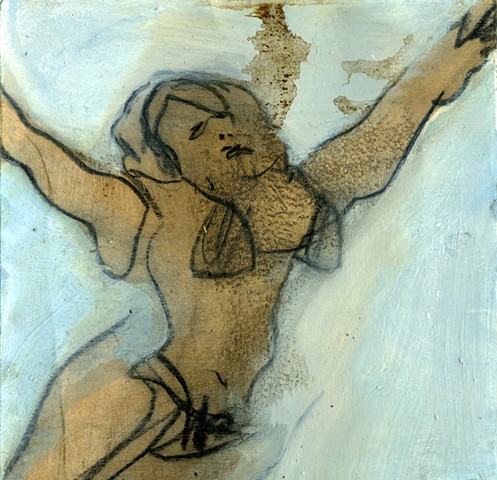 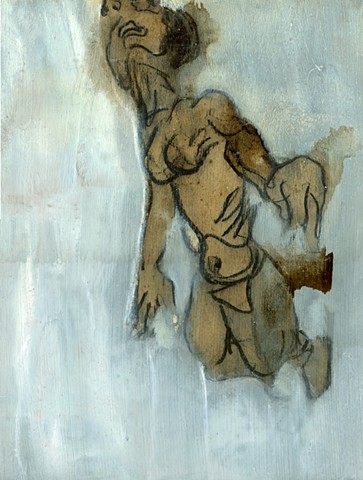 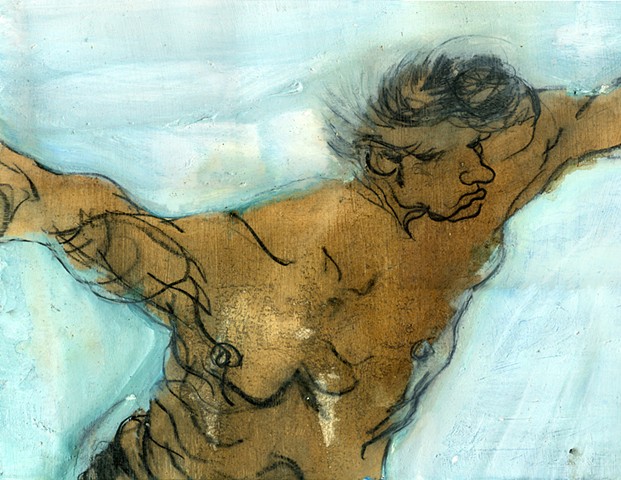 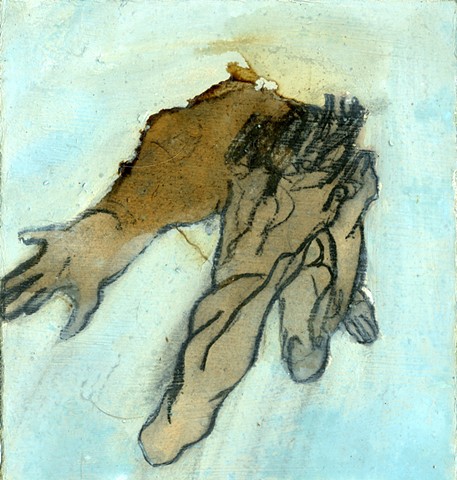 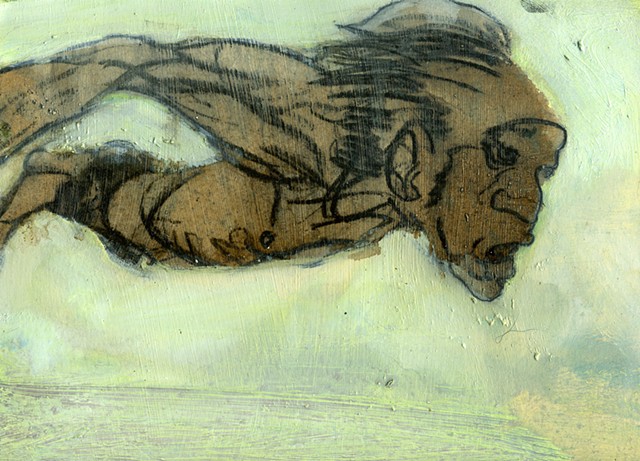 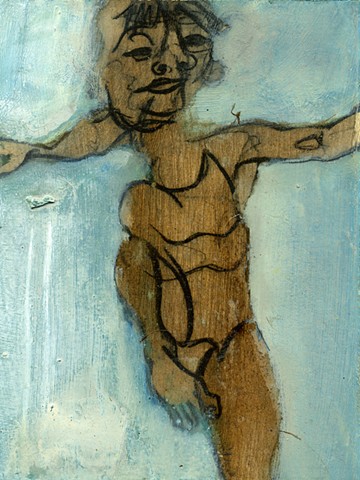 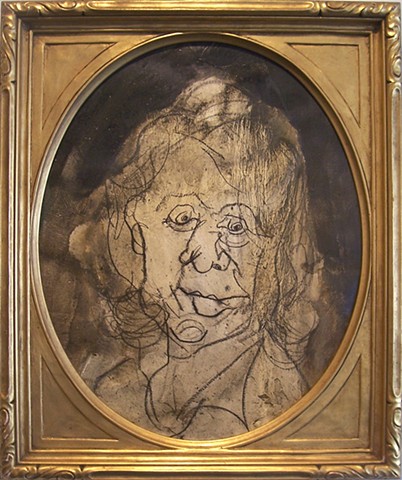 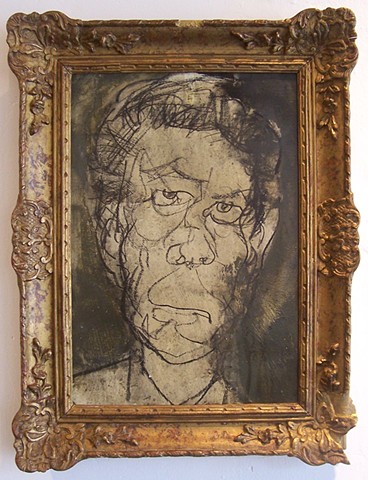 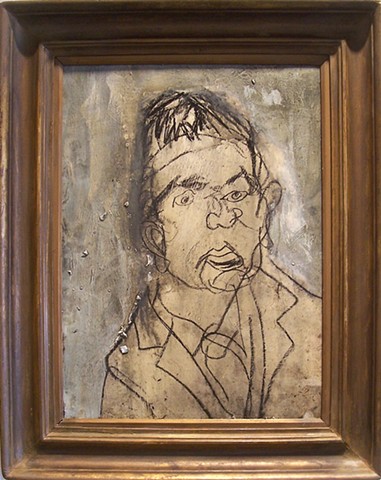 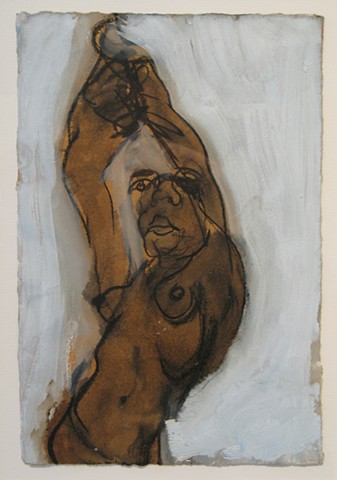 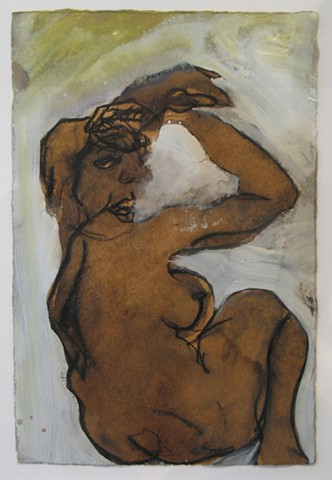 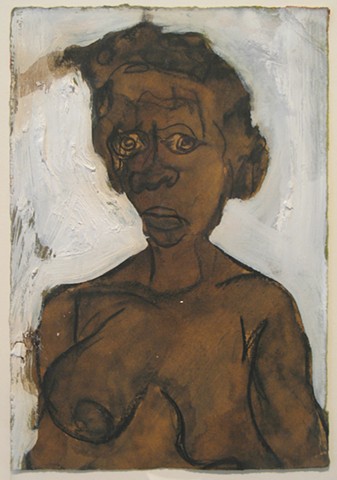 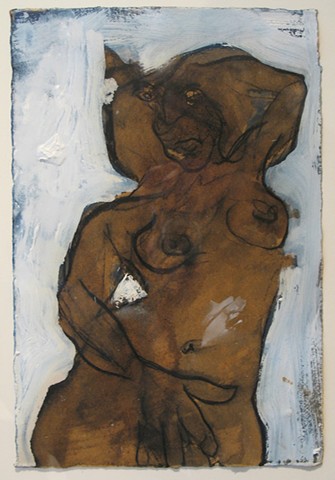 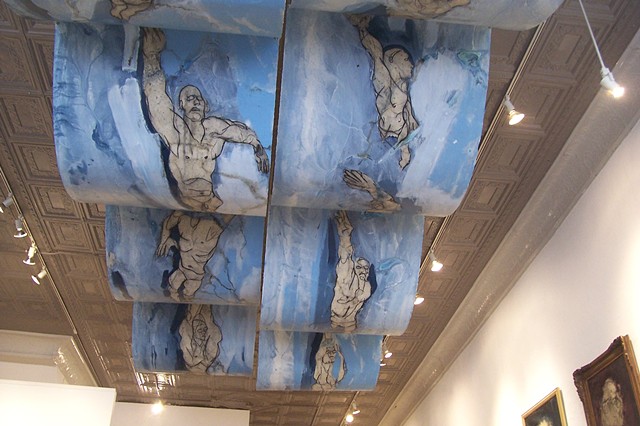 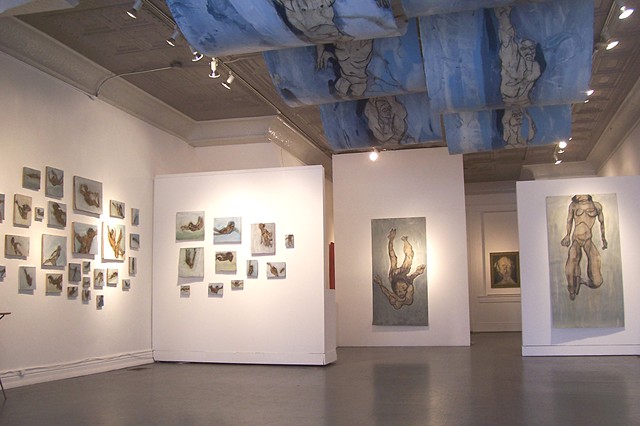 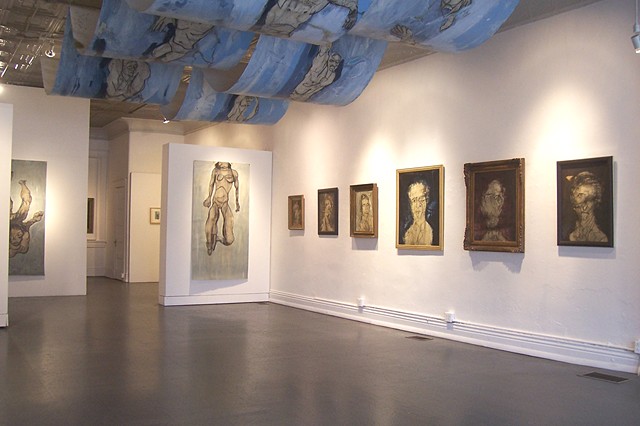